Transistors: – Transistor is a semiconductor device used to amplify or switch electronic signals and electrical power. GPU card having more number of transistor will give better performance for running the graphical application on GPU based dedicated servers. 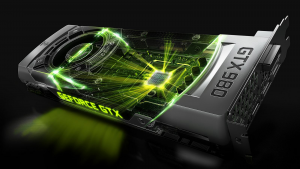 Boost Clock: -Boost clock is a dynamic clock speed adjustment tool which is controlled by GPU boost. It helps to monitor the real time use age of power for graphics card and boost clock comes in function when graphics card hits predefined power target. This clock make automatic adjustment to speeds and voltages to maximize the performance of application running on GPU based dedicated servers. It is measured in MHz. More the boost speed in your GPU card better will be the performance of dedicated server with GPU.

Also Read – What are the Benefits of GPU Dedicated Server?

Texture Fill rate: – Texture fill rate is the rendering rate of a pixel. It is measured in GT/s. 1 GT/s texture fill rate means billion texels per second. In current scenario Hostrunway provide GPU based dedicated server having texture rate up to 331 GT/s or more.

For More information related to GPU based dedicated server please write us at sales@hostrunway.com